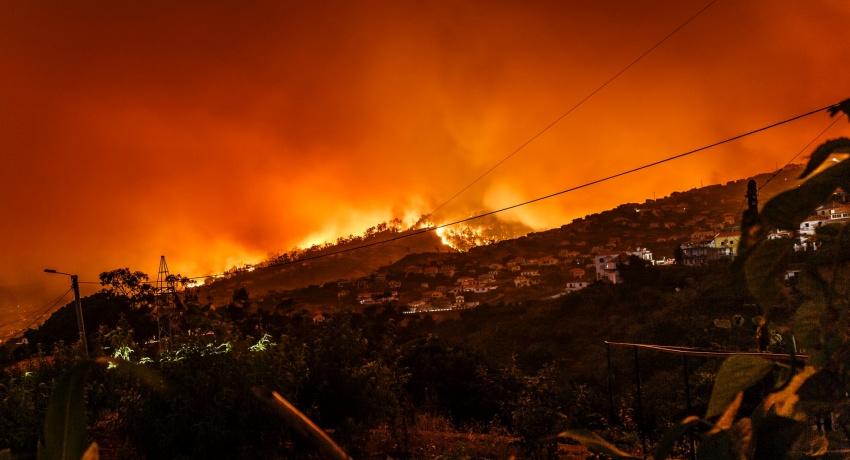 An updated review published on ScienceBrief strengthens the evidence that human-induced warming increases the frequency and severity of fire weather, which leads to more extreme fire seasons.

From December 2019 and into 2020, fires burned in Australia like never before. Extreme heat and drought led to an unprecedented fire season in the forests of the southeast of the country, razing some 18 million hectares of land and affecting more than three billion animals. The catastrophe repeated some months later in the western United States. California wildfires destroyed 1.6 million hectares, doubling the previous record for the most land burned in a single year and spawning what has been considered the first ‘gigafire’ in modern history.

In both episodes, we found what scientists call fire weather, which refers to periods with a high likelihood of fire due to a combination of high temperatures, low humidity, low rainfall, and often high winds. Considering the severity of the last fire season both in Australia and California, which confirms the trends seen in recent years, an updated review published on ScienceBrief delves into a key question: is there a link between human-induced climate change and the increased risk of wildfires?

The ScienceBrief Review, which is supported by EU-funded projects 4C. CRESCENDO and VERIFY, strengthens the evidence that climate change increases the frequency and severity of fire weather. Following an earlier review in January 2020, the new update reviews scientific articles published since January 2020, focusing on those relevant to recent wildfires in the western US and Australia, as well as other new findings from around the world. The research collates now over 115 articles published between March 2013 and September 2020, showing “strong consensus” about the link between climate change and wildfire risk.

About the new ScienceBrief platform

The review has been published on ScienceBrief, a new web platform edited by scientists that shows the status of scientific consensus in critical areas such as climate change. The initiative was set up by researchers at the University of East Anglia’s Tyndall Centre for Climate Change Research and it is currently funded by the European Commission 4C and CRESCENDO projects.