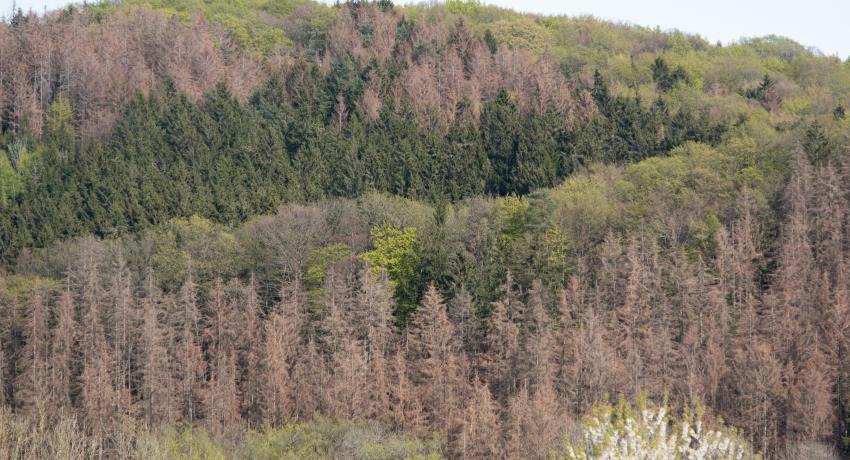 4C researchers have published a new study that evaluates how two consecutive extreme summers impacted ecosystems and vegetation in central Europe. Another research supported by 4C shows how northern peatlands could accelerate global warming if action on climate change is not taken.

In 2018 and 2019, exceptional dry and hot summers had strong negative impacts on ecosystems and vegetation in central Europe, causing widespread browning and tree mortality events. Extreme dry and hot events like these have become more frequent over the past decades in western and central Europe, a trend that is expected to continue as global mean temperatures rise, posing a major threat to the stability of European forests.

The summer of 2018 was the hottest since 1500 in Europe, and associated with an unprecedented area affected by drought. This dry and hot event resulted in decreases in ecosystem productivity by up to 50 % in central Europe and crop yield losses. Moreover, part of the central European region affected by the extreme 2018 summer registered another extremely hot and dry summer in 2019. 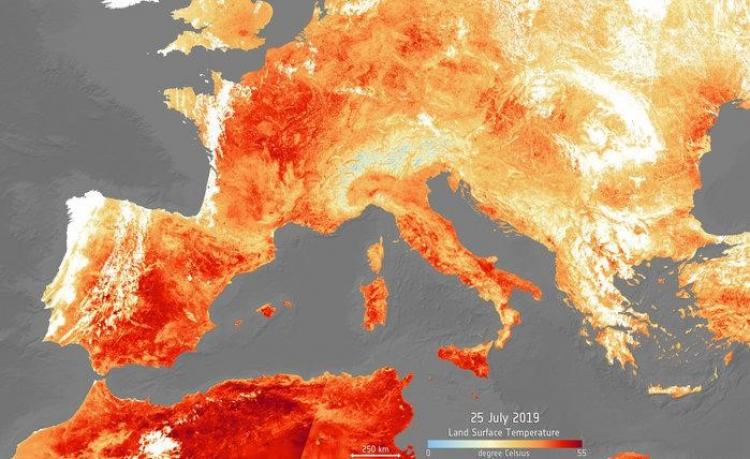 Using remote sensing data and vegetation models, 4C researchers have published a new study in Earth System Dynamics that evaluates how these two consecutive extreme summers impacted ecosystems and how the vegetation responses to the 2018 event modulated the impacts of the next summer.

Hot extremes in Europe are promoted by changes in atmospheric circulation and amplified by strong feedbacks between the land surface and the atmosphere, being therefore also associated with severe droughts. After severe drought and heat stress, plant recovery can be lagged, for example due to reduced growth or carbon reserve diminution, which in turn may increase vegetation vulnerability to additional hazards if they occur before complete recovery.

The study found two regions in which the impacts of the two consecutive dry and hot events were significantly stronger than expected. One region, largely dominated by grasslands and crops, showed much stronger impacts than expected in both events due to an amplification of their sensitivity to heat and drought, possibly linked to changing background CO2 and temperature conditions. A second region, dominated by forests and grasslands, showed increased browning from 2018 to 2019, even though dry and hot conditions were partly alleviated in 2019, which can be explained by the preconditioning role of 2018 event in amplifying the impacts of 2019 summer.

The results reveal the first signs of increased vulnerability of ecosystems and vegetation to extreme events and of potential degradation trajectories induced by consecutive events. With more frequent and intense droughts and heatwaves expected in the coming decades, the research highlights the increasing risk for temperate ecosystems, which are an important global sink of CO2 and have not usually been considered hotspots of drought risk and environmental degradation under climate change.

2018 heatwave took a toll on vegetation in northern Germany, Denmark and Sweden (Copernicus Sentinel). CLICK TO SEE THE ANIMATED GIF.

A better understanding of the interactions and feedbacks between climate extremes and ecosystem dynamics is fundamental to anticipate threats to the stability of forests in the temperate regions in Europe and elsewhere. Overlooking these effects may result in an overestimation of the resilience of the CO2 sink to climate change.

Another research supported by 4C, published in One Earth, highlights the importance of understanding how future warming might trigger high carbon losses from northern peatlands. The study assesses past and future greenhouse gases (CO2 and CH4) balances of northern peatlands using land surface models that explicitly include representation of peatland processes.

Intact northern peatlands are a large carbon stock. They remove carbon dioxide (CO2) from the atmosphere through photosynthesis and store the carbon in soils in waterlogged conditions, while emitting methane (CH4) to the atmosphere. The net climate impact of peatlands depends on the relative magnitude of these two greenhouse gases.

These outcomes demonstrate that effective mitigation policies, in particular, reduction of CO2 emissions from fossil fuel burning and land use, are needed to maintain the northern peatland net atmospheric CO2 sink and limit its future CH4 emissions. 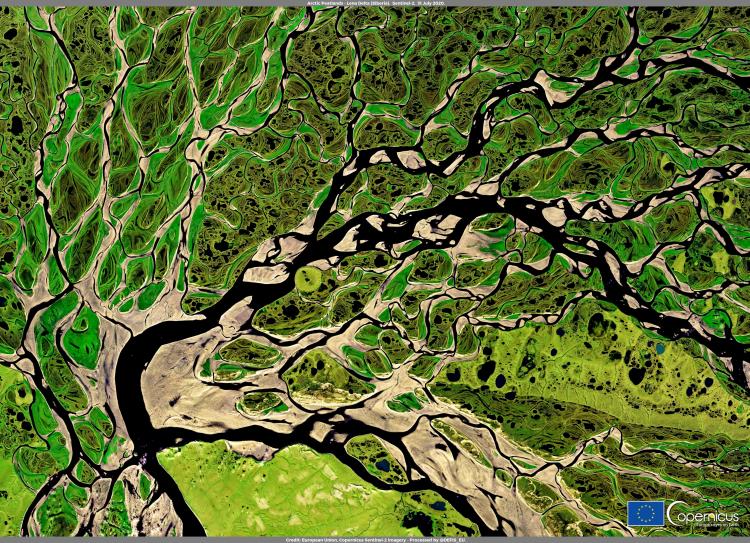 Peatlands are a type of wetlands among the most valuable ecosystems on Earth: they store more carbon than all other vegetation types in the world combined (Copernicus Sentinel).