Uncertainty of Southern Ocean CO2 uptake cut in half 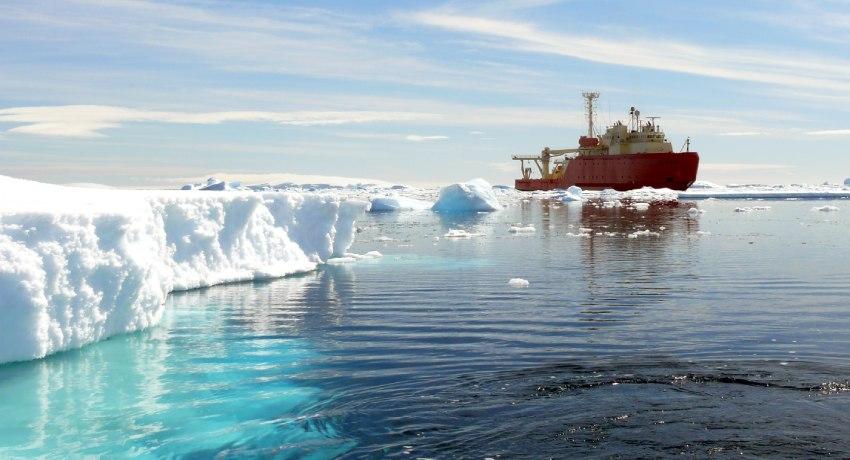 The Southern Ocean dominates the oceanic uptake of human-made CO2. Projections show that the world's largest oceanic carbon sink will be able to absorb about 244 billion tons of carbon from the atmosphere over the period from 1850 to 2100 under a high emissions scenario. However, since climate models show a wide range of future estimates, the uptake could possibly be only 204 or up to 309 billion tons.

The reason for this large uncertainty is the complex circulation of the Southern Ocean, which is difficult to correctly represent in climate models. Now, new research by scientists from the Oeschger Centre for Climate Change Research at the University of Bern (Switzerland), which has been supported by the 4C project, sheds light on this long-standing unresolved question.

"Research has been trying to solve this problem for a long time. Now we have succeeded in reducing the great uncertainty by about 50 percent," says Jens Terhaar, researcher at the Oeschger Centre, who is involved in the 4C project. The study has been published in the scientific journal Sciences Advances.

The salinity content as indicator for better model predictions

The link between the uptake of human-made CO2 and the salinity content of the ocean surface waters is key for this new method that allows more accurate projections. Models that simulate low sea surface salinity have too light surface waters and therefore transport less water and carbon  into the ocean interior, absorbing less CO2 from the atmosphere. On the other hand, models with higher salinity show higher absorption of CO2.

"The discovery that these two factors are closely related helped us to better constrain the future Southern Ocean CO2 sink," explains Thomas Frölicher, co-author of the study and together with Terhaar and Fortunat Joos also part of the 4C project.

The role of the ocean for global warming

A better constrained Southern Ocean carbon sink is a prerequisite to understand future climate change. The ocean absorbs at least one fifth of human-made CO2 emissions, and as such slows down global warming. By far the largest part of this uptake, about 40 percent, occurs in the Southern Ocean.

The study also shows that by the end of the 21st century the Southern Ocean will absorb around 15 percent more CO2  than previously thought. That is only a tiny help in reaching the Paris climate target of 1.5°C. "The reduction of human-made CO2 emissions resulting from the combustion of fossil fuels remains extremely urgent if we are to achieve the goals of the Paris agreement," clarifies Joos.